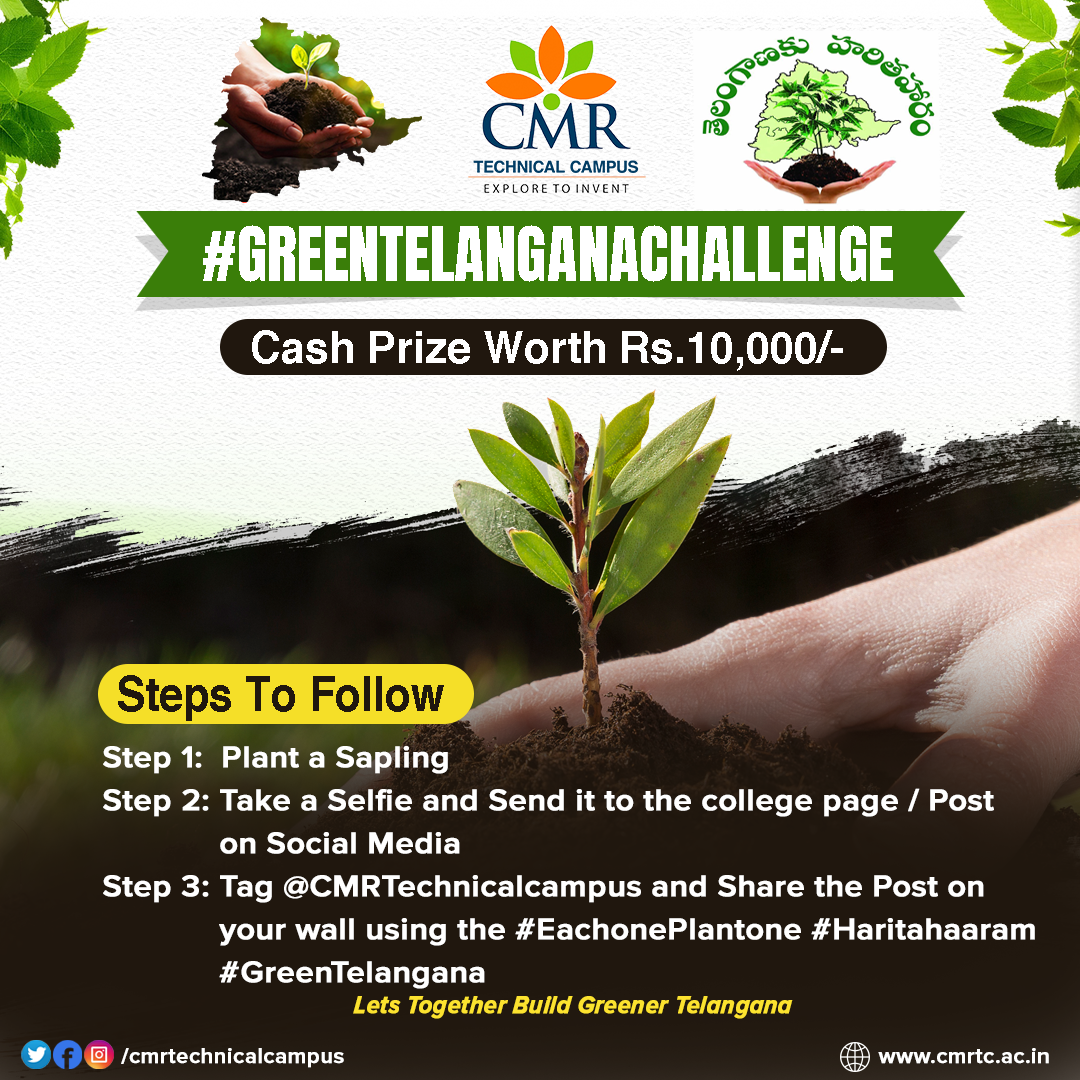 The best time to plant a tree is twenty years ago. The second best time is now”

The Corona pandemic is surely taking our lives to a new low everyday. Despite this. In the stare of Telangana with the leadership of KTR Rao, a new campaign has been launched for the purpose of making the state Greener by planting new trees – which form the lungs of our ecosystem. The campaign #Green Telangana is the 6th phase of the Telangana Haritha Haram- #EachOnePlantOne program.

Chief Minister K Chandrasekhar Rao who inaugurated the program at Narsapur in Medak on Thursday had said that every family should be given six saplings which they should plant, water and safeguard.

The minister has said that In fact every sapling should be given the name of a family member. Taking care of the plant would be like taking care of one’s own family. The saplings should also be planted in memory of their beloved ones. At least because of the sentiment attached to their memory, families will come forward to plant trees and take care of them.

On the same lines and with the same intention for the purpose of a greener campus and to encourage the college community, the Chairman , Shri C. Gopal Reddy and the Director of CMR Technical Campus- Dr. A. Raji Reddy along with other faculty members have taken the initiative to plant several saplings for a more environmental friendly campus.

This initiative has followed the call made by the Hon. Minister KTR Rao . The campaign launched is one of the world’s largest afforestation initiatives today.
Under this, the Telangana Government has also developed several urban lung spaces across the state.

The Management of CMR Technical Campus wants to encourage everyone by way of their actions to make maximum sapling plantations along the lines of the call made by Hon. Minister KTR Rao under the #EachOnePlantOne campaign.

The College which is located in a semi-urban area on Hyderabad Nagpur Highway offers a lush green environment conducive for the teaching-learning process. Towards the #GreenTelangana Challenge and to this end, despite the Corona pandemic, the Director of the college has announced a “Plant a Sapling” Challenge to be taken forward by the students towards a Greener Telangana.

Post the selfie on the Facebook page of CMR Technical Campus and tag @CMRTechnicalCampus on Any Social Media.
Use Hashtags #EachOneplantone #GreenTelangana #CMRTechnicalCampus
Rules and Prizes of the Contest

The winners shall be chosen on a random basis.
Complete the Steps of the Contest to be eligible for the prize.
The prize vouchers are worth Rs. 500 and two prizes of Rs. 250 will be awarded for the First, Second, and Third prizes respectively.
The names of three winners shall be posted every day on the Facebook page of CMR Technical Campus for the next 10 days.
Starting from 27th June 2020.
Amazon Prize vouchers of up to Rs 10,000 shall be awarded.

So hurry! And post your selfies with the saplings and get a chance to win the amazing gift vouchers.

Don’t miss the chance to win the prizes and Save the Planet at the same time!!